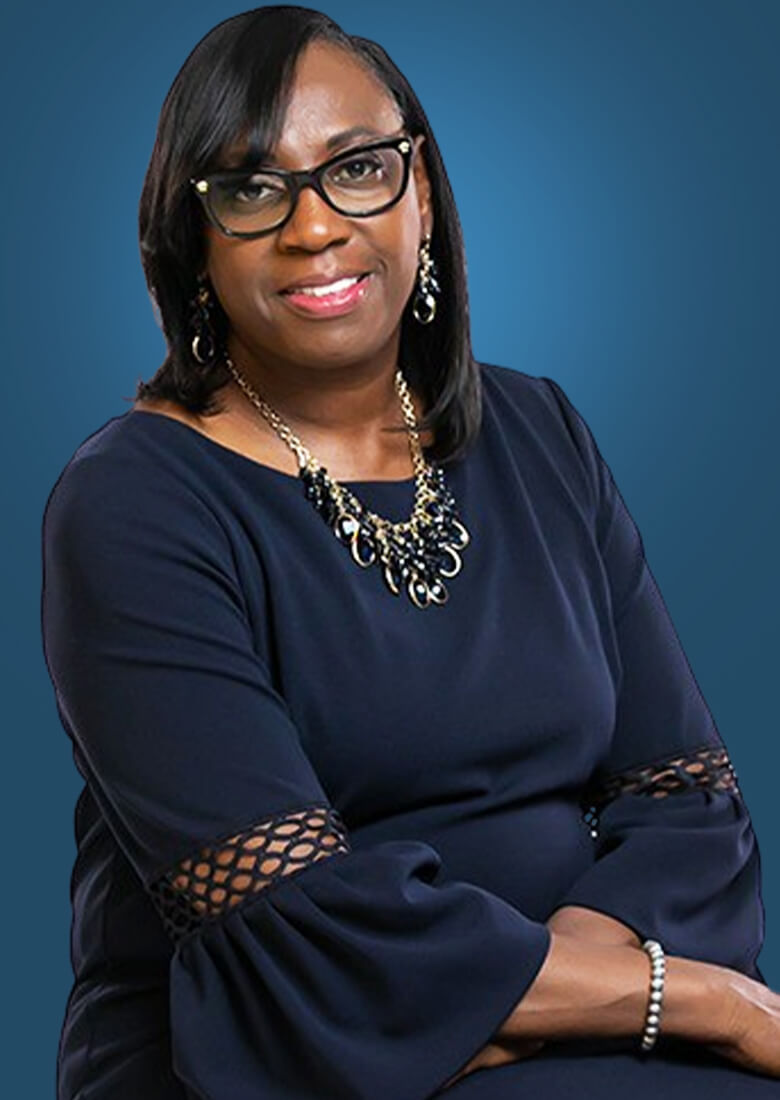 Malinda is the seventh child of the late Bishop Carlyle Tarte, Sr. and the late Mother Mary J. Tarte. She was born and raised in Camden, New Jersey. Malinda, traveling with her parents in their ministerial activities often, gained a reputation very early for her powerful singing ability, her purity of lifestyle, and her endearing
personality.

She received her early education in the Camden County School System, but completed her high school education at the Camden Catholic High School. She furthered her education at Lincoln Technical Institute in Paralegal Studies, Kane Business Institute in Word Processing, and Glassboro State College in Special Education.

Malinda was employed by Cinnaminson Law Firm as a paralegal and later as an administrative assistant with The Camden County School Board of Education, at Hatch Middle School. When she relocated to South Carolina, she became a teaching assistant in the Marion School District One Elementary Schools. She is also an ordained minister of the Gospel.

Malinda’s family heritage is a heritage of faith. She was reared under the godly teaching and example of her father and mother. At an early age, she gave her heart and life to the Lord Jesus Christ, was baptized in Jesus’ Name, and received the gift of the Holy Ghost. She served in The Saint John Apostolic Church in many
capacities: as a choir member, choir director, soloist, drummer, nurse, Jr. Missionary, Sunday School teacher, and as Women’s Day Chairperson. However, this was preparatory for another level of service.

Malinda was wed to Michael Blue June 8, 1991. Although she was not fully aware of it, God had positioned her to marry a pastor – something she had never intended to do – and to help establish a ministry that came into fruition little more than eight months later, in February of 1992. The Door Of Hope Christian Church became the first child of Michael and hers. Her responsibilities were more serious than ever before, for his view of the pastoral ministry was that as he was called, so was she, that they were pastor for this new flock. She has labored at his side since that time, leading praise and worship, teaching the children’s Sunday School class for a time, conducting the Women’s Fellowship and various Women’s Conferences. In December of 2000, Malinda joined Bishop Blue and a number of other bishops and pastors in the establishment of The Christian Covenant Fellowship of Ministries (CCFM). As First Lady of the Fellowship, she helps to coordinate aspects of the annual Conference, as well as minister support to the Pastors and First Ladies of the Fellowship. She also is called upon to minister in various conferences and special services outside the walls of her local church. She ministers under a powerful anointing.

Malinda is the mother of Michala and Michael II (BJ) and she considers motherhood one of the highest callings of her life.

Malinda enjoys spending time with her family, reading, shopping, visiting the beach and encouraging the “down and out”. One of her dreams for many years has been to one day open an orphanage. Cherished by her husband and children, beloved by her church family, respected in the community, Pastor Malinda is recognized as a woman of God, anointed by the precious Holy Spirit, one for whom the best is yet to come.